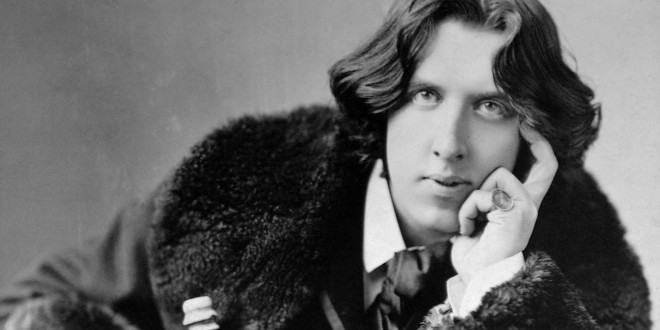 FIRST ACT: In the house of Sir Robert and Lady Ciltren, there is a dinner party at the home of Sir Robert Chiltern. At this party there are: Sir Robert is a prestigious member of the House of Commons and he is an Undersecretary of Foreign Affairs, and his wife, Lady Chiltern, his sister Mabel Chiltern, Lady Caversham, Lady Markby and Mrs Cheveley. She come from Vienna and she is at school together Lady Chiltern’s. Baron Arnheim, an Austro-Ungarian lord, convinced the young Sir Robert many I years ago to sell him a Cabinet secret. Sir Robert make his fortune with that illicit money, and Mrs. Cheveley has the letter to prove his crime. Mrs. Cheveley blackmails Sir Robert and forces him to support her Argentine Canal scheme, in which she has invested much money. Sir Robert hasn’t choice and he accepts Mrs. Cheveley’s terms, and he agrees to go before the House of Commons and publicly support the canal. When Mrs. Cheveley pointedly informs Lady Chiltern of Sir Robert’s. She is very angry and she asks to Sir Robert to write the letter to Mrs Cheveley. Sir Robert accepts and he writes the letter to Mrs Cheveley. At the end of Act I, Mabel and Lord Goring discover a brooch that Lord Goring gave someone many years ago. Goring takes the brooch and asks that Mabel inform him if anyone comes to retrieve it.

THIRD ACT: In the third act, set in Lord Goring’s home, Goring receives a pink letter from Lady Chiltern asking for his help, a letter that might be read as a compromising love note. Just as Goring receives this note, Lord Caversham, goes in and demands to know when his son will marry. Mrs. Cheveley arrives and while she waits, she finds Lady Chiltern’s letter. Sir Robert discovers Mrs. Cheveley in the drawing room and, convinced of an affair between these two former lovers, angrily storms out of the house. When she and Lord Goring confront each other, Mrs. Cheveley makes a proposal: Claiming to still love Goring , she offers to exchange Sir Robert’s letter for her marriage. Lord Goring refuses and he removing the diamond brooch from his desk drawer. Goring then reveals how came into her possession. Apparently Mrs. Cheveley stole it from his cousin, Mary Berkshire, years ago. To avoid arrest, Cheveley must trade the incriminating letter for her release from the jewellery. After Goring obtains and burns the letter, however, Mrs. Cheveley steals Lady Chiltern’s note from his desk. She plans to send it to Sir Robert and Mrs Cheveley exits the house in triumph.

FOUR ACT: The final act, which returns to Sir Robert Chiltren house. Lord Goring proposes to and is accepted by Mabel. Lord Caversham informs his son that Sir Robert has denounced the Argentine canal scheme before the House. Lady Chiltern then appears, and Lord Goring informs her that Sir Robert’s letter has been destroyed but that Mrs. Cheveley has stolen her letter and plans to use it to destroy her marriage. At that moment, Sir Robert enters while reading Lady Chiltern’s letter, but as the letter does not have the name of the addressee, he assumes it is meant for him, and reads it as a letter of forgiveness. The two reconcile. Lady Chiltern initially agrees to support Sir Robert’s decision to renounce his career in politics, but Lord Goring dissuades her from allowing her husband to resign. When Sir Robert refuses Lord Goring his sister’s hand in marriage, still believing he has taken up with Mrs. Cheveley, Lady Chiltern is forced to explain last night’s events and the true nature of the letter. Sir Robert relents, and Lord Goring and Mabel are permitted to wed.

An Ideal Husband – Versione in inglese – Clicca qui per l’offerta!